Al Jazeera: Why did you decide to start your blog? And why is it anonymous?

Aid Leap: We’re a group of ex colleagues who regularly sent each other rants or criticism of the aid sector via email. These would include tongue in cheek commentary of the latest situation we found ourselves in; analysis of the latest blog or article; diatribes about how x person or y organisation was doing it ‘all wrong’! One day we ended up joking about the things we wished we’d known about before getting in to the sector. Someone said ‘if only future aid workers knew some of these things’ and voila Aid Leap was born.

We want to encourage the sector to take a leap forward by continuing to evaluate, criticise and share ideas amongst peers. Our aim is not to destroy the sector but rather to strengthen it.

Anonymity allows us to write in a more relaxed style. As a group, our beliefs and ideas are not homogeneous. Aid Leap doesn’t have one policy approach like a campaign organisation would have. Anonymity allows Aid Leap to play devil’s advocate on a whole range of topics. Finally, it allows our ideas to be judged separately from the prejudice of who we are, where we are from or what organisation we are working for. It gives our thoughts and comments a degree of impartiality.

Al Jazeera: In regards to the power dynamics between the foreigner and local NGO worker, what is the most troubling thing you’ve experienced working in a developing county?

Aid Leap: There are a range of behaviours that foreigners or expats sometimes take on when abroad or ‘in the field’ which we assume they wouldn’t use normally. Here are some examples from the Aid Leap crew:

Al Jazeera: Do you think the expat aid culture needs major change? If so, what could be the first step?

Aid Leap: Staff are rewarded for being expats and encouraged to move abroad, rather than to stay in their home country where they have the added skill of understanding the culture, language and context of the crises. An experienced senior manager from Goma in the Democratic Republic of Congo moved abroad to work in order to get a salary befitting his experience and seniority. This equates to pulling capacity away from where it’s most needed!

Expats are often housed together and almost always separately from local or national staff. In one refugee camp national staff from a different region of the country with a different language, religion and culture to the beneficiaries and majority of the staff were housed separately to the handful of western expats.

Tokenistic inclusion of national staff is not the answer.

High international turnover means that those in charge often have little grasp of the situation or history. For example, one aid worker after being in the country for 5 months asked ‘who is that?’ when a national member of staff mentioned the (particularly notorious) President!

Aid Leap has seen several occasions when pairing expats with national staff can help raise the quality of the work, share the burden and build the ability of national staff to manage the work themselves.

There are hundreds of academic texts on humanitarian aid, several memoirs and numerous books criticising the sector. For those considering a career in the sector, and those still new to the sector, here is our list of ten books that together represent a good introduction to the challenges, criticisms, adventures and hope that together provide an insight. 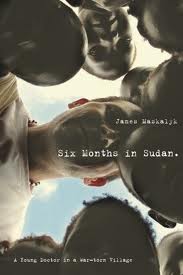 In no particular order, are:
1. Dr Marcel Junod ‘Warrior Without Weapons’ 1982 – the memoir of an ICRC delegate from 1935 to 1945. Talks through the role of the ICRC, the Geneva Conventions, and about what being a humanitarian was like back in the early days.
2. Lt Gen Romeo Dallaire’s ‘Shake Hands with the Devil’ 2003 – there are so many books on Rwanda but this one is heartfelt, harsh and highlights the problems faced by UN workers, particularly peacekeepers, in the field. Long.
3. Mark Duffield’s ‘Global Governance and the New Wars: The Merging of Development and Security’ 2001 – excellent, academic but searing critique of humanitarian aid. Essential explanation of the merging of the development and security agendas, pretty key if you want to understand contemporary ‘coherences’ or ‘stabilisation’ approaches.
4. George Orwell’s ‘Down and Out in Paris and London’ 1933 – a fascinating counterpoint as it covers Orwell’s first contact with poverty during the pre-WW1 period and describes the ‘aid’ efforts by the then charitable institutions – churches etc. These organisations are basically providing early cash transfers / grants, which provides a degree of historical perspective to the sector.
5. Samantha Power’s ‘Chasing the Flame: One man’s fight to save the world’ 2008 – partly because it’s such a romantic story, partly because it talks about increasing violence towards aid workers, partly because it’s a bit visionary, and it also covers crises not covered in some of the others above such as East Timor.
6. Michael Newman’s ‘Humanitarian Intervention: Confronting the Contradictions’ 2009 – an in-depth but logical discussion of the problems surrounding humanitarian intervention.
7. Linda Polman’s ‘War Games: The story of aid and war in modern times’ 2009 – a critical perspective of the sector. Harsh but true.
8. David Rieff’s ‘Bed for the Night: Humanitarianism in crisis’ 2002 – a critical perspective of the sector. Harsh but true.
9. Fiona Terry’s ‘Condemned to Repeat?: The paradox of humanitarian action’ 2002 – academic polemic on the dangers of humanitarian aid.
10. Dr James Maskaylk’s ‘Six Months in Sudan: A young doctor in a wartorn village’ 2010 – easy read. Field level memoir by expat aid worker.

… and three you really shouldn’t:

1. Heidi Postlewait, Kenneth Cain and Andrew Thomson’s ‘Emergency Sex (And Other Desperate Measures): True Stories from a War Zone’ 2006 – self indulgent ‘must read’ that doesn’t live up to the hype.
2. Corinne Hofmann’s ‘The White Masai’ 2001 – too appalling to even merit a write up.
3. Beyond Borders 2003 – a film starring Angelina Jolie as an aid worker.