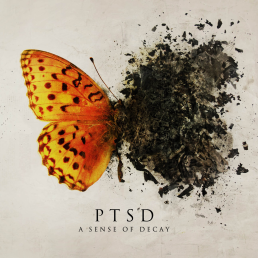 For a long time I thought that post traumatic stress disorder (PTSD) was something that only Vietnam veterans got. Or perhaps I would have also stretched it to include those who are kidnapped for months and then released. Now I know differently. I’ve seen enough cases – mild and severe – amongst friends and colleagues to better appreciate the prevalence of it amongst the aid community.

PTSD is ‘an anxiety disorder caused by very stressful, frightening or distressing events’. This disorder doesn’t always emerge immediately after a traumatic experience: it can build quietly before exploding into someone’s life without warning. The most common symptom is the reliving of the trauma, but equally prominent are irritability, insomnia, anxiety and guilt. All of which can create severe problems with continuing day to day life – even more so if we are once again in a foreign land or in the midst of an emergency response.

The good news is that it can be treated through a variety of methods, allowing the affected individual to find one that suits them and their lifestyle. PTSD is just one of numerous mental health illnesses that aid workers are vulnerable to. There are also cumulative stress, depression, guilt, burnout and so on. Aid workers are prone to suffering one or several of these during their careers.

Many organisations now include a debriefing session upon return from deployment and sometimes with a psychologist. Take it! Even if you’ve been on a short deployment. It’s free and the likelihood of developing PTSD and other problems can be reduced by talking early on about your experiences. If you worry it’s a cliché, unnecessary or a luxury, see it as part of your professional duty.

Aid workers are often celebrated for their stamina or resilience. The reality is that these attributes require strong mental wellbeing as well as physical strength. This is an often overlooked fact right from the recruitment of aidworkers to their living conditions in the field. Once I commented on how little sleep a colleague was taking in a first phase emergency and was told ‘It’s fine, he does that every deployment: he burns himself out and then gets sent home’. What shocked me was that this was considered acceptable: there was no consideration of how they might work to change his behaviour. Another colleague had to be fed plumpy nut to stop him from collapsing from exhaustion each day, but no action was taken when I suggested that maybe they should be sent home or even for a couple of weeks holiday.

As highlighted by How Matters, we have to look after ourselves. Aid organisations and senior managers

are dealing with lots of complex issues. A member of staff who is unable to look after themselves – physically and mentally – is an added burden. To get them back to health requires time and money. This applies both during and after deployment. If you really want to help then you need to properly rest and get yourself back to 100% health before starting a deployment. A member of staff suffering from undealt with mental health issues can endanger colleagues and even the whole operation. How can you be competent and professional in your job if you have negative thoughts memories storming around your head like a herd of elephants?

Interestingly, the need for psychologists and psychiatrists in emergencies is finally beginning to be recognisedIt is important that we recognise the impact of the horrors experienced by refugees, internally displaced persons and others affected by crises or natural disasters. But it is also important that we appreciate the impact that working with affected communities can have on us. It shouldn’t be seen as selfish or weak, but rather as a normal part of our jobs. Professionl psychologists themselves have to spend an hour a fortnight with another psychologist as part of their professional training. We should recognise this in our sector, . . . . and not just by getting blind drunk in the nearest establishment, even if that can help in the short term!