Earlier this week, Duncan Green wrote about the discussions at a recent Oxfam away day with the organisation’s humanitarian directors: http://www.oxfamblogs.org/fp2p/?p=16611. With a serious emergency response occurring, with the on-going troubles in Syria and its neighbouring countries, and with the numerous debates around the post 2015 framework, it’s a challenging time to stop and reflect. Yet it is important.

Having recently been involved in several such meetings, some of the issues that Green highlighted have been on my mind for a few months now. One in particular, is the question of whether humanitarianism is dead? There is no one simple answer, and the answer is very dependent on your perspective. Are you asking this question from Slim’s Oxford Institute or from a rural base in CAR? Are you sat in the Ivory Towers in NYC or the regional hub of an INGO in Nairobi? Have you just got your first job as a nurse in a supplementary feeding clinic in your home town? 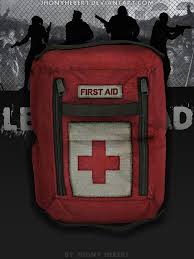 UN OCHA in New York has been hosting debates on this issue around the construction of the agenda for the 2016 World Humanitarian Summit. The ideas behind the Summit are framed around a need for humanitarianism to respond to new circumstances by defending its home territory. These debates have included a wide range of ideas, including the re-writing of the fundamental principles of humanitarian aid, a restructuring of the system and the more common place ‘better utilisation of technology’. Aid effectiveness is one of the four key pillars that the Summit intends to address. Some would argue that this requires not just improved practice, but also focused advocacy and policy. Oxfam and Duncan emphasise the latter.

The gradient of improvement in technological and sectoral expertise in humanitarian assistance is much steeper than the gradient for the improvement of policy achievements. Nonetheless, key moments have shown that the policy/advocacy role may be better played by local or regional organisations. For instance, without ASEAN, access to affected areas in Myanmar following Cyclone Nargis in 2008 would have been restricted for longer, if not indefinitely. Are international humanitarians the right people for these jobs: first response, delivery of aid and campaigning? If the answer is no and local or national organisations may be better placed, does this infer the death of humanitarianism, or just a need for adaptation and a new emphasis for funding mechanisms?

Personally, following the observation of all these different discussions, I see a threat to the theory of humanitarianism as we currently understand it, but not a threat to its existence. Theories and ism’s need to evolve with the world in which they are applied. Communism is different today to how it was first outlined by Marx and Engel in 1848. Humanitarianism shouldn’t be any different.

In practical terms, the response to the Haiyan typhoon in the Philippines shows that its (good ol’) business as usual. There will always be the need for humanitarian relief. Disasters, whether natural or man-made, will always occur and they become crises when the authorities or state can’t prepare or respond adequately. In these circumstances, the affected individuals have a need for external assistance.

This is just the start of a very deep debate. There are plenty of arguments for and against that need to be considered. Are we even right to think that now is the moment for these discussions to take place? Are we just responding to a perceived threat to a sector we love by new actors? The future of humanitarianism and its relevance today is a complex problem. Let’s continue the debate.

4 thoughts on “Humanitarianism: threatened or business as usual?”