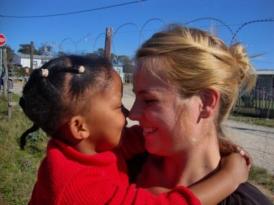 I started my career in development, working in a small orphanage in a third world country.  The orphanage was run by a national religious charity.  Most of the children living there had parents, but had been removed from their parent’s care by the judicial system.  These children had been abandoned several times by their parents, wider family, and the authorities.  After a significant period of time attempting to provide them with some love, I did the same: I left.

Not long after I went, another young person filled my shoes.  While she was there, one child was kidnapped by his parents, who wanted him to pickpocket in the market for them.  This put him in danger of abuse and a potential prison sentence, if not worse. Soon after the incident, she left as well.  And eventually, the charity collapsed and the children found themselves spread across a new set of institutions, or simply back on the streets.

Several years later, I returned and met up with some of the same children.  They were bitter and angry at me. I couldn’t blame them.  I too had abandoned them: betrayed their trust.  Had they grown up in Western Europe or North America, they would be offered a hell a lot of psychological therapy for that kind of childhood.

It wasn’t till several years later that I discovered Mary Anderson’s Do No Harm principles.  Anderson’s principles focus on the impact of aid on conflict, but the idea that we should all be responsible for the consequences of our actions rings true for all those working in another country.  However, this requires awareness, which young or inexperienced volunteers don’t always have.  Very few of my fellow young volunteers would see any harm from what they did during their 3 months in Uganda or 2 weeks in Nepal. And most probably didn’t cause any harm.  But did they help?  Or was this purely a learning experience for them?

I learnt a lot from my first experience.  I quickly left the sector and undertook a completely different career which, made me much better suited to the aid sector when I did return.  In this new career, I learnt genuine skills and re-entered with my own separate profession.  Nonetheless, that initial job in a developing country showed me all the problems with the sector, so that when I returned, I did so with open eyes.  Volunteering on a small project overseas quickly builds essential experience for aid work, such as an understanding of working in a third country, an ability to work with a diverse range of people from different backgrounds, and a willingness to live in basic conditions.

However, voluntary service can also instil the wrong attitudes and ideas, which can be extremely damaging to the humanitarian sector.  Voluntary service is included in some lists of humanitarian principles, namely those of the Red Cross and Red Crescent societies, but the original Dunantist principles focus on humanity, impartiality, neutrality and independence.  Few, if any volunteers are provided with the longer list of principles.  Back in the orphanage, I had no idea about impartiality or neutrality.  I was encouraged to get money or resources from any possible source.  I was taught to believe that if I didn’t then the children wouldn’t have any bread for their breakfast.  I cozied up to local politicians, and I put on a frock to attend high society events with the cutest looking child.  Much worse, I never considered that my short-term presence could do more harm than good, or that the children I worked with could ever be angry with me for my “help”.

By effectively requiring new humanitarian workers to have worked as volunteers, we are instilling the idea that aid is just volunteerism plus money and better technology.  These new aid workers often come from an environment where they were never asked to think about whether they could do harm, and where it was inherently assumed that they were doing good just from being there.  The attitudes which are instilled at these early stages of a career are apparent throughout the aid sector.  If we want to professionalise the sector, we could start off by professionalising our volunteers.